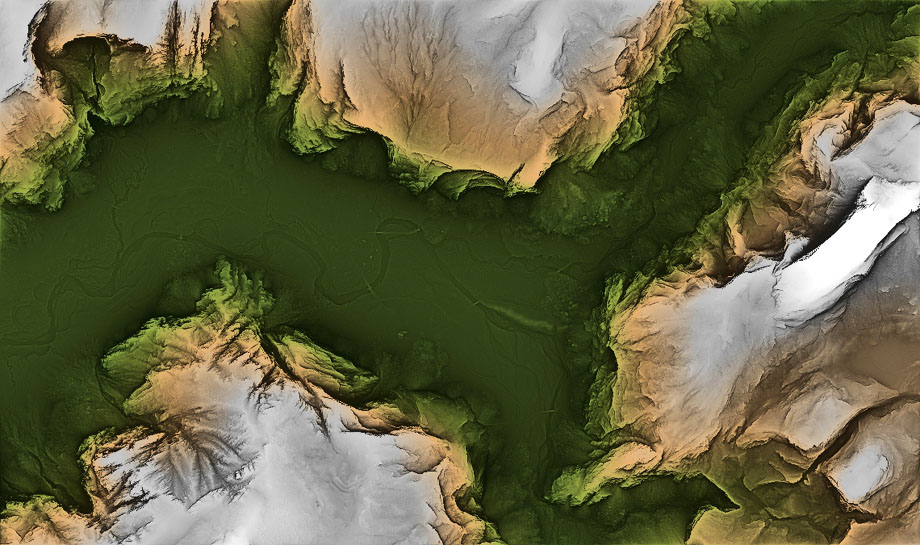 Natural Graphics and Leland Brown have combined their efforts in the creation of an application for Mac OS X that creates highly detailed images from terrain models. This software uses a new technique called Texture Shading, which is based on an algorithm developed by Leland Brown and presented at the 2010 NACIS conference. Also, it was demonstrated at the 2014 Mountain Cartography Workshop in Banff, Canada.

Natural Graphics developed the user interface and additional features, giving you easy access to this relatively new terrain rendering method. Terrain Texture Shader is a multi-threaded application, capable of running on both 32 and 64 bit systems with Mac OS 10.6 or higher.

This new program works with all of the Terrain Model Discs which we sell separately. You may also wish to combine texture shaded images with shaded relief images as described in Tom Patterson's web article.

* Update 10/1/2016: Texture shading is now included in Natural Scene Designer Premium and Pro 7 for Windows and Mac. It is no longer available as a separate program.